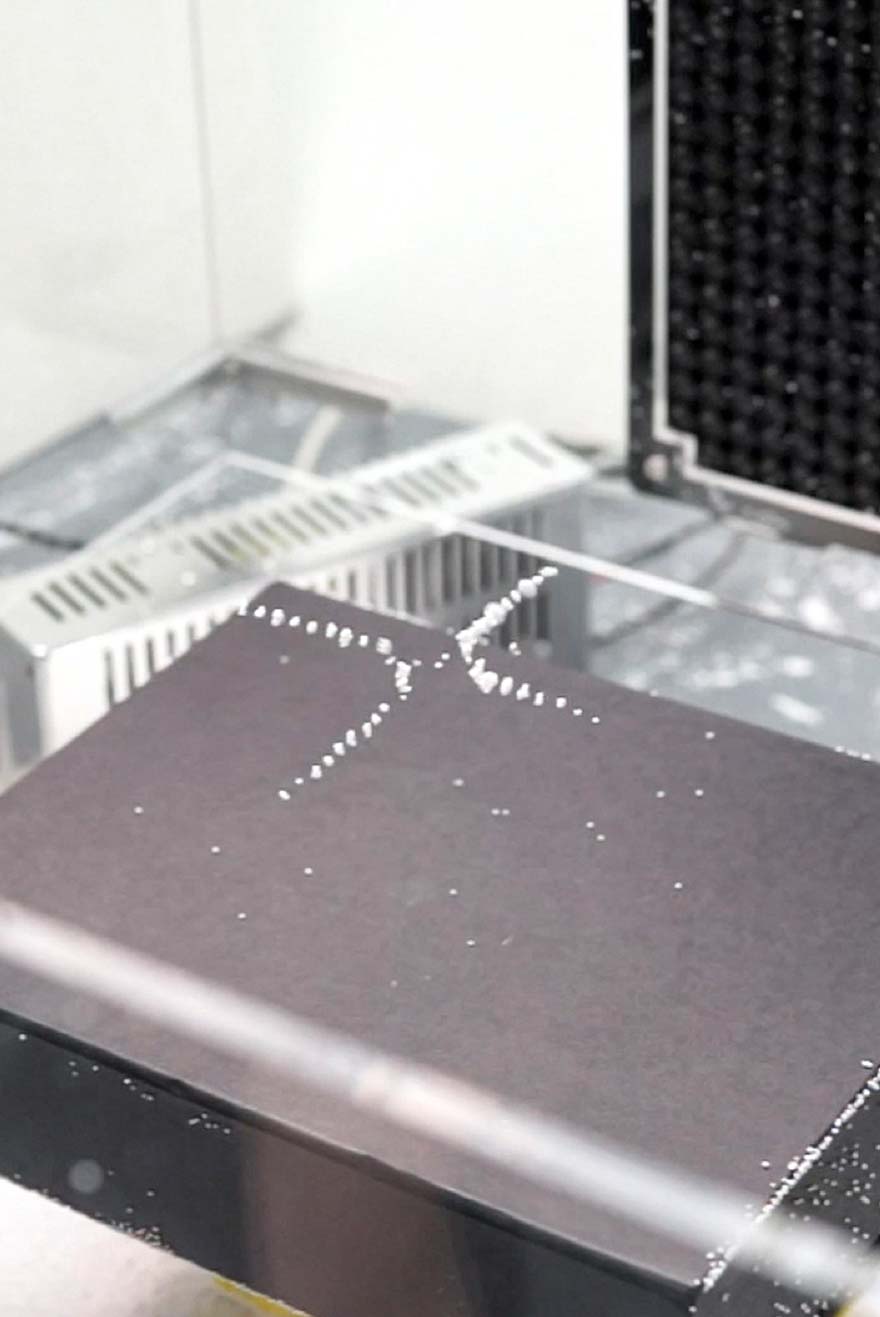 “Pixie Dust” is a three-dimensional acoustic floating technology that uses a supersonic phased array. It has been known for a long time that objects can be floated by ultrasonic waves, but by controlling the spatial distribution of the objects, it is possible to freely move the floated objects or float them in a different arrangement from the conventional one.

Possible applications include lifting small parts individually without the use of robotic arms in the factory, or transporting drops of medicines or lotions to bottles. In addition, by arranging white particles in a plane, there is a possibility of application to entertainment and advertisement, such as installing a screen for image projection in the air.

For inquiries about Pixie Dust, please use the form on the Contact page of this site.